The Group was named the most preferred proponent by OceanPark for the Ocean Hotel project in October 2013 and was officially awarded the project in May 2014. The Ocean Hotel, to be operated by the Marriott group, will provide a total of 471 rooms and approximately 366,000 square feet of attributable rental space. Completion is expected to be in the fourth quarter of 2017. 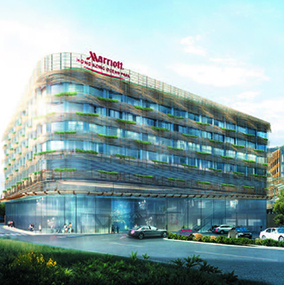